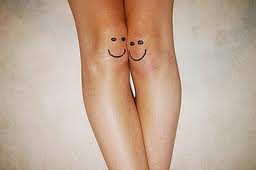 Scientists have described a new ligament in the human knee. The ligament has been named “anterolateral ligament” (ALL).

A French surgeon first noticed a structure that he described as “pearly resistant, fibrous band” in 1879.  Recently, a group of Belgium surgeons have finished a study where they describe in detail the anatomy of this now known “Anterolateral Ligament”
The importance of this discovery relates to antero cruciate ligament (ACL) injuries and its surgical repair. Scientists believe that the ALL might also be damaged in some cases where an ACL ligament rupture has occurred, and that the ALL might continue to play a role in the knee stability after surgical reconstruction of the ACL.
The ACL is a very important stabilising ligament of the knee. It connects the lower leg (tibia) to the upper leg (femur). When this ligament is ruptured or severely damaged knee stability is compromised. This in turn may result in damage to other important structures in the knee such as the cartilage.
It is known that about 80% of ACL injuries occur in non contact sports. ACL injuries are very common, particularly in sports such as skiing, netball, football, basketball, soccer and any activity that might produce a large pivot force (normally twisting with a fixated foot on the ground). People often describe a “giving way” feeling when this ligament has been damaged and despite ACL surgical repair and rehabilitation some people continue to experience knee instability with activity.

Scientists believe that a damaged anterolateral ligament could contribute to knee instability even after the ACL has been repaired.

The anterolateral ligament is believed to help reduce the forwards movement and internal rotation of the shin bone (tibia) over the thigh bone (femur).
The ALL has been located anterior to the lateral collateral ligament, with a firm attachment to the lateral meniscus (cartilage). To date, its role in meniscal stability and pathology remains unclear.
More studies are needed to investigate its biomechanical function, however, if studies confirm its role in knee stability control, surgical repairs of ACL and ALL might help many more athletes to their full return to sports in the future.
Maria Jose De La Fuente
Physiotherapist
https://betterhealthpractice.com.au/wp-content/uploads/2020/05/web-logog.jpg 0 0 andrew https://betterhealthpractice.com.au/wp-content/uploads/2020/05/web-logog.jpg andrew2014-02-23 20:34:562016-08-01 23:07:41Anterolateral ligament found
0 replies

Want to join the discussion?
Feel free to contribute!

This site uses Akismet to reduce spam. Learn how your comment data is processed.

Detox your pantry – How to stock a whole food pantry Adrenal fatigue – Is this why you feel so tired all the time?
Scroll to top