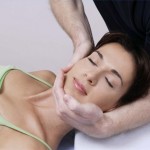 Questions and concerns about chiropractic safety is something that we need to address on a daily basis. As with any form of medical intervention there are risks that consenting clients need to be made aware of before choosing to proceed with care.

Chiropractic has undergone its fair degree of scrutiny over the years, a large part of it from the medical community. Over the last 25 years, at least 5 formal government studies from around the world have found spinal adjustment therapy to be safe, effective and cost effective. (1)

Are there risks associated with chiropractic neck adjustment?

When speaking of risk, specifically that of stroke it is important to consider the relative risk when compared to other forms of medical intervention. Almost all researchers and scientists studying this issue agree that whatever the risk of stroke in association with neck adjustment it is exceedingly rare. Ranges have been estimated at somewhere between 1 in 1,000,000 to 1 in 5,000,000 (2-5).

This is much lower than the risk from the following:

The only research that has attempted to measure the physical effects of the neck adjustment on the vertebral arteries and therefore chiropractic safety contradicts the existence of any casual relationship to stroke. A study in 2002 found that neck adjustment did not result in any strain sufficient to damage arteries, and in fact, may create less strain than neck movement during common activities of daily living such as reverse parking a car or hanging out the washing. (10)

Spinal adjustment is at the core of Chiropractic education and practice

Whilst other professions receive post-graduate training in spinal manipulation the chiropractic profession is the only health service provider group with spinal adjustment as its core education and practice. Chiropractic training in Australia is of similar length and depth as medical courses, but focus on promoting healthier lifestyles via better body function, rather than on drugs and surgery.

At Better Health chiropractic safety is at the very top of our list. Only the safest techniques and procedures are utilised and at risk people such as those with certain pre-existing conditions predisposing them to stroke are treated accordingly.

Want to join the discussion?
Feel free to contribute!

This site uses Akismet to reduce spam. Learn how your comment data is processed.

Bloating – the top 10 causes Juicing or Blending – which is better?
Scroll to top