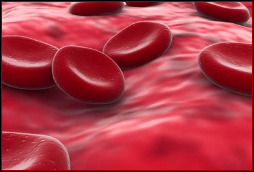 So what exactly is anemia? Anemia is a deficiency in the number or quality of red blood cells in the body, usually caused by low iron levels. Red blood cells help to carry oxygen around the body and deliver to cells for energy. The protein haemoglobin is a transport molecule which attaches to iron and carries it around the body. When a person is anemic and low in iron, their heart has to work harder to pump the quantity of blood needed to get adequate oxygen around their body. During every day activity, the cells may not be able to carry enough oxygen to meet the body’s needs and the person can become exhausted.

Testing for iron deficiency anemia can be tricky as various compounds need to be measured to get the whole picture. The gold standard is an ‘iron study’. This measures iron, ferritin (iron stores), transferrin (a transport molecule used to transport iron around the body which will rise if iron is low) and saturation (which measures the level of iron bound to transferrin) as well as haemoglobin (depletion of iron in red blood cells). Without all of this information, a correct diagnosis of iron deficiency cannot be made.

Iron deficiency is much more common in women who are menstruating than in any other group, but it can affect anyone. Its most common cause is blood loss and can be corrected; however, certain forms of anemia are hereditary and people may be affected from birth. I find many of my patients have a long family history of iron deficiency and it is something that they have to control and monitor throughout their whole life. Other causes can be from women in the childbearing years when they are particularly susceptible to iron deficiency. Anemia can result from an increased demand on the blood supply during pregnancy, from blood loss following birth or from blood loss at menstruation. Older adults may also have a greater risk of developing anemia because of poor diet, certain medications and other medical conditions. People with low gastric acid levels in their stomach can also have trouble absorbing iron and are thus prone to iron deficiency.

There are many types of anemia that are very different in their causes and treatments. Iron and B12 deficiency anemia are the most common types and are very treatable with diet changes and supplementation. Also, some forms of anemia that develop during pregnancy are considered normal. However, some types of anemia may present lifelong health problems.

There may be many indicators of iron deficiency anemia but the most common is fatigue and low energy. Depending on the type of anemia, these can vary.

The goal of treatment is to increase the amount of oxygen that your blood carries. This is done by raising the red blood cell count and/or hemoglobin level at the same time as increasing iron levels. For many people, their anemia is due to a poor diet or low intake of iron from food and so it is very common in vegetarians or people who do not eat red meat. Many people will need iron supplementation to get on top of the condition and this should always be regulated by a nutritionist or naturopath (or your GP) as iron can accumulate in the body and become toxic if taken for too long or in high doses.

Iron rich foods are always essential to help increase iron levels in the body. Your body can more easily absorb iron from meats than from vegetables.

Nonmeat based sources of iron include:

Please remember that caffeine from tea or coffee will inhibit iron absorption so it is very important that you separate any caffeine containing foods from your iron rich foods!