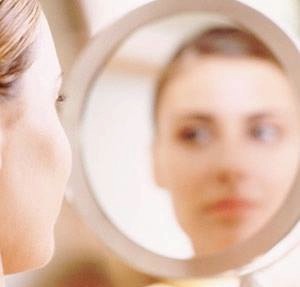 Rosacea is a type of skin condition that affects the face and appears as a constant flush or redness. This ’24 hour’ flush can make you look as though you are blushing… all the time! It can be mistaken for eczema, acne or sometimes a skin allergy. The severity of the condition differs from person to person and affects both men and women.

Rosacea is a result of the small surface blood vessels (capillaries) of the skin enlarging. As a result it gives the skin a permanent flush or redness appearance and often alongside tiny pimples or acne. The first sign of this common skin disorder is usually a blush of redness around the cheeks and on the nose. This may progress to small acne-like lumps on the surface of the skin around the chin, cheeks and forehead. Eventually and if left untreated, the redness of the face becomes constant. A hot, burning or stinging sensation may also occur.

There are a number of triggers for rosacea that need to be controlled in order to treat the condition. Medical treatment involves long term antibiotics or steroid creams- both of which can cause side effects if continued long term. A nutritional treatment approach is a gentle and effective way to reduce your rosacea and the first step to this is to identify the triggers for your rosacea.

What triggers Rosacea? What makes it worse?

Rosacea flare-ups may seem to show up without warning, but the truth is this vascular condition can be triggered by a range of things. Everyone’s triggers are different, so many people find it helpful to keep a rosacea journal. Weather? Exercise? Alcohol? Coffee? Spicy foods?

Some of the factors that can trigger the rosacea blush or worsen symptoms can include:

A possible cause for Rosacea comes from Demodex mites that naturally live on the skin of 20% to 80% of adults. These tiny bugs are invisible to the naked eye. Until recently, it was thought that the mites lived harmlessly, feeding off the oily sebum that coats the skin. Changes in our skin brought on by age, stress, or illness sometimes allows the population of Demodex mites to swell. Research shows that people with rosacea have more than 10 times as many Demodex mites on their skin as people without the condition. When the mites die, they release bacteria into the skin. This bacteria then triggers an immune reaction that causes redness and inflammation of the skin. The mites themselves don’t seem to be harmful, it’s the bacteria they have inside their bodies.

Rosacea is a chronic condition, and therefore its treatment needs to be undertaken as a long-term approach. There is a lot that can be done to improve rosacea using nutritional and dietary techniques as there are foods that have been found to cause rosacea. This is because some foods can release compounds and chemicals which dilate the blood vessels and cause a person to flush. It is important to determine if food intolerances are present, and I do this test with all of my rosacea patients via a blood test. Yeast has been found to be the most common allergy or food intolerance in people that experience Rosacea. Wheat, dairy and eggs are also common but investigation via a food intolerance test is the best way to determine if any foods are worsening your rosacea.

Coffee, tea, spicy foods and alcohol can cause blood vessels to dilate, these should also be avoided. Some people that suffer from Rosacea also suffer from indigestion, especially after they have eaten fatty foods. These people may be deficient in a pancreatic enzyme called lipase, which helps to digest fat. Supplements of this enzyme improve both the indigestion and the Rosacea. Other research shows that a deficiency in stomach acids and enzymes is common in rosacea patients. Apple cider vinegar taken orally is also a helpful home remedy for Rosacea.  This is because it can stimulate the release of digestive enzymes and normalise the balance of bacteria in the intestines.

There is an amazing connection between the gut, brain and skin, formally known as the gut-brain-skin axis. It is a fascinating topic that I’ve been exploring which shows a clear association between gut problems and skin disorders. And as a Nutritionist who works with people with these conditions, I would suggest: If you want to heal your skin, you have to heal your gut. This is because if you have an altered gut environment it can promote the inappropriate growth of bacteria in the small intestine. This is 10 times more prevalent in people with acne rosacea.

Probiotics help to improve skin conditions because they decrease bad bacteria, increase good bacteria and improve intestinal barrier function.  Orally consumed probiotics reduce systemic markers of inflammation and oxidative stress. Inflamed skin can be soothed internally by increasing your intake of the essential fatty acids found in oily fish such as sardines, salmon, and tuna. Supplementing with a high quality fish oil, flaxseed oil and/or evening primrose have great effects on reducing inflammation. They also regulate nutrition in skin cells and produce prostaglandins, hormone like substances that cause blood vessels to contract.

Healthy blood vessels are essential for proper circulation. It is also important to support the blood vessel health of the skin to reduce constriction of blood flow. In addition to its many other benefits, taking vitamin C with flavonoids strengthens the lining of blood cells and the tissue connecting skin cells. Grape seed extract may also be useful because it contains proanthocyanodins, which enhance the stability of the blood vessels.

A supplement program, though certainly not a specific cure for rosacea, is designed to bring the maximum level of health to your skin. A good balance of the right vitamins, antioxidants, a probiotic and essential fatty acids will maximize your own immunologic and healing abilities in combination with food intolerance detection and a healthy eating plan.